Another article on the addition of Laura to the talented presenters list at the upcoming Canadian Screen Awards by CBC.LIVE: LINK 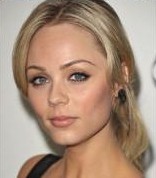 The hottest Canadian stars from the big and small screen are set to take the stage at the upcoming Canadian Screen Awards in just a few weeks. The Academy of Canadian Cinema & Television continues to announce new additions to the talented presenters list, which include many of your favourite CBC stars.

Email ThisBlogThis!Share to TwitterShare to FacebookShare to Pinterest
Labels: Appearances and Events, Tv and Movie Events 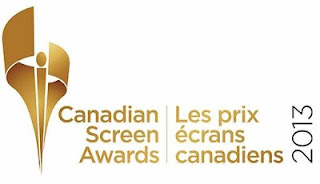 Here is the article with the official announcement:

Don't miss the CANADIAN SCREEN AWARDS arrivals show beginning at 8 p.m. (8:30 p.m. NT) with funnyman Shaun Majumder, who will be on the red carpet as Canadians biggest and brightest stars arrive at the Sony Centre for the Performing Arts in Toronto.

Email ThisBlogThis!Share to TwitterShare to FacebookShare to Pinterest
Labels: Appearances and Events, Tv and Movie Events

Email ThisBlogThis!Share to TwitterShare to FacebookShare to Pinterest
Labels: Appearances and Events, Are You Afraid of the Dark?, Finding Mrs.Claus, Mom's Got a Date with a Vampire, Site Information, The Entitled, TV Movie, Tv Series, Various, White Collar

We have updated our gallery with many new images of Laura Vandervoort on the movie TED, including the cut scenes.
There you can find a beautiful Laura in some funny scenes. A real shame that they have been removed in the regolar version of movie.
You can find them in our gallery (click on the image to view them):

What is Laura Vandervoort doing in this period?

After the recent great success got with her appearances on the final of the third season of Haven (where she played Arla Cogan, the wife of Colorado Kid) and on the episode "Nine Thirteen" (9x13) of CSI: NY (in the role of Macy Sullivan, an actress of the road, ready to vengeance after having served a sentences in prison wrongfully).
What is Laura doing in this period?
We know little about this... The actress certainly never stops and lately she seems really busy, then we can probably guess that something is brewing, but what?
Latest rumors on twitter and on web suggest a her attraction to the series "GIRLS" and a her possible future involvement in a upcoming new series which has as protagonists vampires, witches and werewolves (maybe "The Vampire Diaries - The originals"?).

Apart these hypotheses (hypothesized by me and then without any certainty or concreteness) there is not much else to say, therefore us content ourselves with these for now and we hope that to our favorite actress will be assigned a regular role in a series of successful and be awarded with the appropriate awards for her extraordinary talent. I'm very astonished that this situation does not occur from the time of "V" for an actress so very talented, but our heroine knows how to fight and also well and hard, she has always demonstrated this and I'm sure that very soon she will amaze us!!!
It's true that I'm not a movie critic or an expert of recitation, are one like many, but I'll be honest, whenever I watch Laura play on the screen, always feel great excitement, she succeeds to interpret the emotions superbly in an amazing way and always improves. I'm not ashamed to say, but I almost cried in the most touching scenes on Haven and see her in the role of Marylin (Monroe) on CSI:NY has been simply stunning!!!
However besides to play looks like she knows how to do everything (dub, write, paint, etc.). I consider her is a complete artist.
My opinion counts little, then I'm sorry for this my personal comments, at conclusion, currently about the actress, we know for sure that soon we will see her on the TV movie of Canadian production "Cubicle Warriors".
The her fans will be able meet her in the next edition of the Toronto ComiCon on 9 and 10 March, moreover, she has been recently involved in the opening of the Clover Juice Bar in LA. Since she is a person with a gold's heart, always active humanly, helps and supports organizations such as The Gentle Barn and World Vision, finally, we all are waiting of news on the upcoming publication of her First Children's Book.
Laura Go Forward!!!
(Sorry for my bad English.. :-P )

Laura Vandervoort  has signed on some incredible items (among which DC comics, T-Shirt, Statuette, etc.) and donated to The Gentle Barn Organization.
Briefly The Gentle Barn  is an association for rescue, rehabilitate and give sanctuary to abused animals. Through the interaction with our animals people learn reverence for all life.

Also other celebrities have signed some of these objects with Laura among which Michael Rosenbaum and Stan Lee.
Check out the following "LINK" with the list of items and bid now for a great cause!
Other items will be published soon... Keep an eye on the ebay page of the Fondation. ;-)
Check out also Laura's visit at the foundation in March 2012, where you can find all details on it. Here is the LINK.

Laura once again proves to be a great person with a big heart, thank you very much Miss Vandervoort.. :-)

Other Official Pages of Laura Vandervoort

Laura Vandervoort Blog is an unofficial free FanSite created and managed by Fans entirely dedicated to beautiful and talented actress Laura Vandervoort.
Important: I'M NOT THE REAL LAURA VANDERVOORT and I have no official connection with the artist and her team of work. All Photos, videos and contents are the property of their respective owners.
The only official web site of Laura is this: lauravandervoort.com and you can find and follow the actress also on her real official profiles on Twitter, Instagram and WhoSay.